Here is the link to the November 2015 Article on the murder site, from the base historian, Dr. Silvano Wueschner. 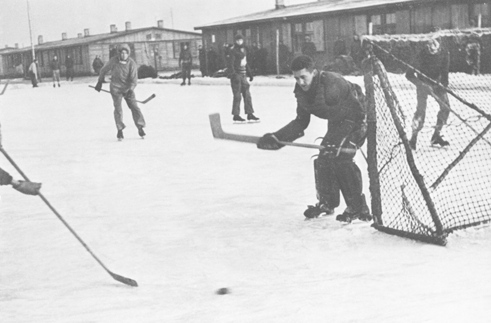 Submitted on 2014/08/08 at 8:57 pm
I just found this blog yesterday, when I did one of my occasional searches on Roger Bushell. I am thrilled to read it, and very happy to find that there are now two books about RB!
I’m an American, a homemaker and sometime teacher who has been interested in Roger Bushell and the Great Escape since 1972. That year, my parents and I made a visit to London and parts of southern England, which were the most exotic and far away places I had ever been. I happened to bring with me a paperback book titled “The Great Escape” to be my reading material on the plane and in the hotel. As I read I became utterly fascinated, and the fact that I was actually in Britain while reading it greatly enhanced the experience!

To me at that time, the story of the Great Escape had everything. Inventiveness on a mass scale – all the clothing, compasses, papers etc. that the men hand-produced under nearly impossible circumstances; engaging characters, portrayed as unique individuals yet all united in their common goal; the wry wit of author Brickhill; danger and disappointment , and most of all, Roger. He seemed the epitome of dash and charisma, and I also felt on some level that he must have been every inch a British gentleman, examples of whom I certainly noticed on the visit to England!

Occasionally over the years I daydreamed about visiting important sites related to the escape and the life of Roger Bushell. I was actually not far from Kaiserslautern in ’96 but wouldn’t have known where to look and husband would not have been interested in trying. I’m really happy to find that someone else has actually tracked down and visited those places, and has not only written about his successful quests but posted photos as well! Amazing! Thanks so much, J.D. Carr. Nice to know that RB has gotten under the skin of others, I too always thought he should have been more appreciated.
And thanks very much for your service!

Bushell’s Final Briefing to the Men of Stalag Luft III

…In his final briefing before the 24th March, Roger, with the Senior British Officer standing at his side, explained the objects of the operation. He said that apart from the value of getting some experienced officers back to England, one vital factor was to cause alarm and inconvenience throughout a large area of Germany. Another was to cause extra precautionary measures to be taken by the Germans and necessitate extra guards and the replacement of certain camp staff. All these were accomplished, including the eventual sacking of the Kommandant, his second in command, the security officer and other officials.

His actual words were in this connection, “For those of you who have been unlucky enough not to draw a place in Harry, I can promise plenty of entertainment later. Because, irrespective of how we get on, once the Germans have discovered that a large number of officers have escaped from a tunnel which has been constructed under their very noses, for over a year, it will be a case of apres nous, le deluge.”

At that moment, more than ever, he had the camp behind him to a man.

Roger was a man who inspired confidence and admiration in all who knew him and experienced his powerful personality. He was a friend I shall never forget, and we in the army considered that he was an example to the Services worthy of the highest praise.

I want you to know, Sir, that if others who served with him had the opportunity of writing to you, they would tell you the same thing, and it is only fitting I should add my tribute…

Jaroslav ‘Jack’ and Vlasta Zafouk on their wedding day, Prague 1945