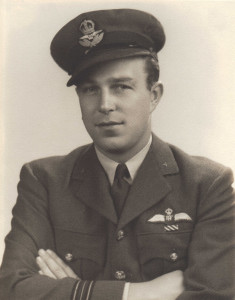 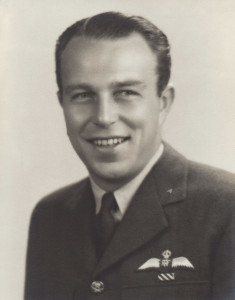 I am updating the post in response to an email from Adrian Cork of The Merseyside Few. Adrian was looking for information on RAF 601 pilot, Jimmy Little.

Jimmy Little served with Roger Bushell in the County of London’s 601 Squadron in the mid-1930s. Like Bushell, he was educated at Cambridge, was a barrister and fighter pilot.

He also dated Roger’s sister, Rosemary. In an interview I did with Bushell’s sister in 2003, she told me Rosemary was ‘dotty’ about Jimmy Little. From these photos, we know why.

James Hayward “Jimmy” Little, was born in New Orleans on October 12 1912. His father was a cotton broker from Liverpool and his mother was a member of a prominent New Orleans family, well established in the cotton trade. He spent his early years in America before the family moved to England and settled in Hoylake, Cheshire. He was privately educated at The Leas School in Hoylake and Eton College. He graduated from Trinity College, Cambridge with a law degree in 1933 and practised as a barrister in London.

Little joined No 601 (County of London) Squadron, AAF on September 25 1934. He was promoted to Flying Officer. In March 1936 and transferred to No 611 (West Lancashire) Squadron, AAF on October 1 that year. He returned to No 601 Squadron in November 1937. On the day war was declared in September 1939 he was promoted to Flight Lieutenant. Little was called to full-time service with the squadron and on October 6, he joined No 219 Squadron reforming at Catterick, where he was appointed ‘A’ Flight Commander. Like 601 at that time, 219 was equipped with Blenheims.

Little was promoted to Acting Squadron Leader on May 16 1940 and took command of the squadron flying a number of sorties in June and early July and in August he flew night patrols from Leeming, where 219 aircraft were detached from Catterick.

Whilst with 219 Squadron he undertook a number of non-operational training flights, some at night. His only recorded operational flight from Catterick was made on September 18, when he investigated an X raid.

On December 1 1940 Little was promoted to temporary Squadron Leader. The squadron moved to Tangmere on December 10 and Little flew regular patrols, frequently engaging enemy aircraft.
Success came on February 17 1941. Little destroyed a Dornier Do 17 near Windsor and on March 13 he destroyed a Heinkel He 111 and damaged another off The Needles. On March 17 1941 Little was mentioned in despatches and on March 18 he was awarded the DFC for operational night flying and excellent leadership skills.

In April 1941 Little was attached to the Air Ministry before being posted on the Special Duties List to Washington DC as part of the RAF Delegation representing the interests of the Air Ministry in America. He returned to England in March 1942 and was posted to HQ Fighter Command and in the same month he was attached to HQ No 11 Group. These postings lend credence to the notion that Little was involved with something significant. Taking into account what he did with No 219 Squadron and his subsequent posting to No 418 Squadron, he was in all probability working on AI and radar.

On December 8 Little took command of No 418 Squadron, RCAF operating Bostons from Bradwell Bay, near West Mersea in Essex. He oversaw its re-equipping with Mosquitos and flew intruder operations over enemy territory. During the night of April 14/15 1943 he shot down an unidentified enemy aircraft over Beauvais. On that night, Wellingtons, Stirlings, Halifaxes and Lancasters of Bomber Command attacked Stuttgart.

Little took off in a Mosquito for a short test flight on June 12 1943 but failed to gain height and hit a hill. Both he and his radar operator, Flight Sergeant D H Styles DFM, were killed.

Little had enjoyed the trappings of a wealthy family life but one tinged with tragedy. As a barrister he shared chambers with Roger Bushell who would organise and lead the “Great Escape” from Stalag Luft lll, being murdered by the Germans after being re-captured. Little married Sheila Van Meurs in the spring of 1942. His younger brother Donald flew Spitfires with No 611 Squadron and was lost over Dunkirk on June 2 1940. The eldest brother, Douglas, served in the RNVR and was awarded the DSC.

Jimmy Little was 31 when he was killed. He is buried in Grange Cemetery, Hoylake, Cheshire. His widow became Viscountess Bridport and died in 1996.

There are no comments on this post yet.
© 2013 Roger Bushell Blog - All rights reserved.